A Deep Dive Into The Future Of Prosthetics

Prosthetics started its journey back in the medieval ages. Back then it was restricted to only the rich and important of futsal Europe. The materials preferred for building a prosthesis were fairly scarce and only a few in the world could make them. The end product of all these expenses and craftsmanship was horrible and severely inefficient, compared to modern standards. And due to the low supply of materials and labour, the prostheses were terribly expensive.

However, paying a lot of money never bought good ergonomics for the feudal lords of medieval Europe. The prostheses were heavy beyond human capability and extremely difficult to wield. For an amputee wielding something that heavy with little to no functional aspect was indeed a losing proposition.

How is the Future of Prosthetics?

Bionics granted the empowering experience of a new enhancement. Something more powerful but less functional. Nonetheless, bionic prostheses were able to give back a lot of functional necessary abilities to an amputee, enough to live through a life of misery.

The future of prosthetics is expected to be more effective than modern bionics. In order to understand the areas where progress can be made this article will discuss the shortcomings of a modern-day bionic prosthesis and the tech on the horizon with answers and solutions for them. 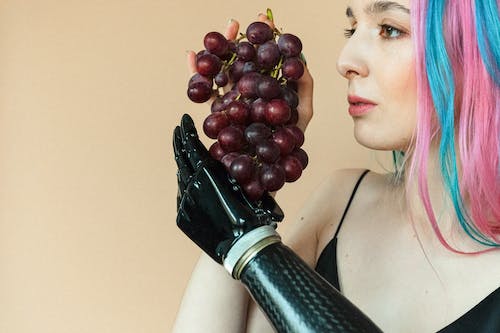 Bionic prostheses are not for everyone

A bionic modern prosthetic arm is controlled by an onboard microcomputer. The job of this computer is the translation of electromyographic data generated by the muscle residues.

The EMG signal generated by the muscles is transcribed into gestures and actions in accordance with the hardware capabilities. The signals however are received by the EMG sensors placed on the skin non-invasively. Due to this functional ordeal, amputees not being able to retain the relevant muscle residues can not effectively avail the rehabilitation option which includes bionics.

Amputations are desperate measures, performed in order to save a life. It is done mostly in order to stop an infection from infecting an entire limb or maybe to stop cancer from spreading to the rest of the body. It is always not possible to preserve the muscles needed for wielding a bionic prosthesis.

The future might have a solution to this problem with more invasive sensor placement paradigms. Neuromusculoskeletal sensors are such a blessing. These sensors are invasive and are known for reaching the sensory nerves and being able to feed sensory information to the brain.

The ergonomics of a bionic prosthesis depends on the materials used for the build and the performance of the electronics. Modern bionic prostheses are made up of composite materials with a high strength to weight ratio.

And they are considerably light compared to their medieval counterparts. Due to this implementation of modern materials, today’s prostheses are lighter and extremely easy to wield.

In addition to that, these prostheses present a more healthy environment for the amputee’s skin. The inner linings are usually coated with superhydrophobic material in order to encourage very low water retention.

This feature reduces the friction and the chances of infection drastically. The future is brighter than ever. The materials are expected to become more efficient and precise based on the needs of amputees. And the availability is also expected to increase.

Given the progress humanity is witnessing, it is not long before the emergence of 3D-printed organic prostheses. Till the day bionics is perhaps the only rehabilitation option our amputees have. But the awareness is still lacking, many amputees in our country and the rest of the world are unaware of the existence of bionics.

Many eligible amputees with all the desired features thus face deprivation. It is the duty of knowledgeable and educated to let the people know about the modern blessings of bionics. Only by mutual cooperation is it possible to give our societies back the lost mobility and establish a culture of progress.